What is “Species conservation”?
A species is a group of living organisms consisting of individuals with a common appearance which may not change over the generations.
For example, being of the human species, humans of the Edo period of Japan and today have a common appearance.
The death of all individuals of the same species is called “Extinction”.
And once a species becomes extinct, it can never be recovered.
To prevent this happening means “Species conservation”. 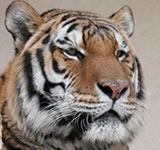 Climate change and animals
Recent climate patterns seem to be odd in that it can fluctuate from long dry stretches of summer to periods of extensive damage from heavy rainfall.
It is worldwide phenomenon and is called “Climate Change”.
One reason for this can be attributed to carbon emissions from human activities around the earth leading to rising average temperatures.
If this situation remains so, the temperature of the earth will increase 1.8 ℃ to 4.0℃ by 2100 according to the International Union for the Conservation of Nature and Natural Resources.
Some animals may suffer under adverse effects of climate change such as global warming.
Animals living in high mountains such as the snow grouse may be brought to the brink of extinction.
Poikilothermic frogs may move to places having more suitable temperature, but if they have nowhere to go, they will become extinct.
For migratory birds, the difference of timing between their arrival at a destination and the emergence of their insect prey may affect their life.
At the general meeting of the Conservation Breeding Specialist Group in 2008, climate change was identified as a critical matter for conserving wildlife and research was initiated towards development of a conservation plan.

What is the Conservation Committee?
The Conservation Committee is a structure established by joint efforts from zoo and aquarium members of JAZA to ensure that the responsibility for conserving wildlife and passing this knowledge on to future generations is fulfilled and that these institutions maintain their roles as the places for learning about the various creatures.

What we do.
Although zoos or aquariums can be said to be “Modern Arks“, unfortunately they cannot take in all species.
Therefore, the Biodiversity Committee selects the species to be preserved by zoos and aquariums on a priority basis and then develops a species conservation plan (a JAZA Collection Plan).

5) The way of species conservation

Breeding loan
To increase the population of rare species, zoos and aquariums have established a system for borrowing and lending animals, with these institutions working corperatively togather for conservation purposes.
This is based on the idea that rare animals do not belong to an individual or a zoo/aquarium but are global common property.

The Biodiversity Committee has selected about 150 endangered species of wild animals from the world to be preserved by Japanese zoos and aquariums.
For the targeted species list, click here. 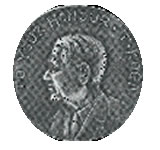 ① Breeding Award
JAZA will give the award to a zoo/aquarium that makes the first breeding success of an animal in captivity.
Praising its breeding technique and releasing the name of institution may promote improvement of breeding techniques and support the conservation of rare animals.

② Koga Award
The Koga Award is given to a zoo/aquarium that achieves a grate breeding success a rare animal.
This award is given to the institution which achives breeding success of species which is globally important and very difficult to breed in captivity.
This award was established in 1986 to commemorate the achievements of Dr. Koga, ex-director of Ueno Zoo, who fostered special efforts for JAZA.