2018.10.01
Position statement of the Japanese Association of Zoos and Aquariums against regarding the dolphin issue

JAZA, the Japanese Association of Zoos and Aquariums, decided in May 2015 not to allow dolphins caught by drive fisheries to be brought under human care in JAZA member zoos and aquariums. This decision arrived through mutual consultation with WAZA, the World Association of Zoos and Aquariums, of which we are a Member. This is a decision based on the Association’s animal ethics and welfare code in which is stipulated that “Animals should originate from captive-bred individuals as much as possible, and any animal acquisitions through other means should be not only legal, but also adhere to careful ethical and animal welfare considerations for individuals, as well as the conservation of the species.” As stipulated for elephants and giraffes, JAZA members do their utmost to avoid bringing in dolphins from the wild, and instead are promoting captive breeding programs. JAZA actively supports Member zoos and aquariums engaged in such efforts to achieve this goal. Last November, JAZA initiated the Aquarium Division to address various topic in aquariums management such as husbandry and captive breeding programs. JAZA also formed the “Dolphin Conference” in the Aquarium Division to facilitate cooperation, e.g. in promoting professional transfers of dolphins for breeding, share techniques of artificial insemination, and organize workshops on caring for young dolphins born in captivity. JAZA believes that promoting good animal welfare and contributing to wildlife conservation are important duties of modern zoos and aquariums. The establishment of the Dolphin Conference is a first step to many future efforts to maintain and improve animal welfare and conservation programs in JAZA Member zoos and aquariums. We appreciate your continued understanding and support. Japanese Association of Zoos and Aquariums

The Japanease Association of Zoos and Aquariums (JAZA) has recently signed MOUs with the regional associations of Thailand and Indonesia to strengthen friendship and mutual cooperation for collaborating in the realms of zoos and aquariums.

Firstly, at the 20th Species Conservation Meeting held in Sendai on 17th November 2017, JAZA signed a MOU with the Zoological Park Organization (ZPO) Thailand, as well as with the Indonesian Zoos and Aquariums Association(PKBSI) on 18th May 2018, at the 2018 JAZA conference held in Kagoshima. The MOU is aimed at working together to solve common problems for the mutual development of all regional zoos and aquariums associations in the Asian region. 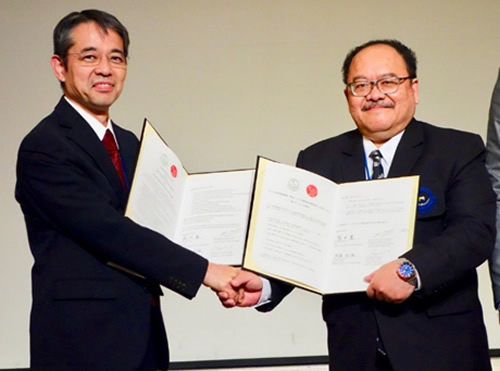 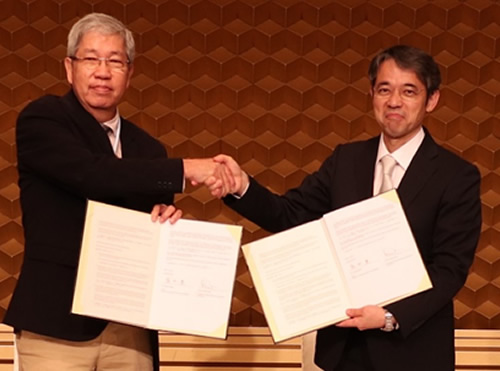 The Japanese Association of Zoos and Aquariums (JAZA) is deeply engaged in and committed to realizing species-appropriate animal care that also meets individual needs in compliance with the Act on Welfare and Management of Animals.

This holds true for elephants. To ensure optimal welfare we believe that elephants should be cared for and housed in a meaningful group context, as they are highly social animals and their communicational and physical interactions among individuals are essential to welfare.

However, currently several Japanese institutions are caring for singly-housed elephants.

We are committed to review the needs for each individual elephant to assess and determine what is in his or her best interest. JAZA members will strive to transfer and integrate singly-housed elephants to a group structure where possible. Some elephants who have lived alone for a very long time might need longer habituation time to new and different environments, as well as social companions. Novelties can cause unnecessary distress, which we can prevent by considering the individual’s best interest.

By observing behavior and interactions, as well as considering their individual character, we intend to slowly integrate many of the singly-housed elephants. The elephants in singly-housed environments shall be provided with extensive environmental enrichment programs, offering choice, control, and complexity.

Improving the environmental quality of singly-housed elephants is not a simple problem that can be solved by individual institutions’ efforts alone. JAZA will be working with them with the leadership of its Elephant Management Committee

We are committed to improving the welfare of elephants and appreciate your continued understanding and support.

Japanese Association of Zoos and Aquariums

2016.12.07
Signing of Memorandum of Understanding (MOU) with SEAZA and KAZA

In order to further the agreement reached through September meeting on the coalition of regional zoological associations in Asia, Dr. Yutaka Fukuda, chair of JAZA, attended the annual conference of the South East Asian Association of Zoos and Aquariums (SEAZA) in Bogor, Indonesia in November 2016. Taking advantage of this opportunity, Dr. Fukuda and SEAZA president Dr. Phan Viet Lam agreed and signed, on 3 November, a Memorandum of Understanding for establishing friendly relations between the two associations.

A month later, Dr. Fukuda flew to Chungju, Korea, where the members of Korean Association of Zoos and Aquariums (KAZA) got together for its annual conference, and signed with KAZA president Dr. Kisup Lee a Memorandum of Understanding for establishing friendly relations between the two associations.

SEAZA which was born in 1990 now links 70 institutions in 14 countries of the South-east region of Asia. Its members are Brunei, Cambodia, Hong Kong, Indonesia, Laos, Malaysia, Myanmar, Papua New Guinea, Timor-Leste, the Philippines, Singapore, Taiwan, Thailand and Vietnam. As for KAZA, its establishment dates back to 1985, now holds 15 zoos and 5 aquariums in the country.

Objectives of signing these memorandums with zoological associations are to establish with every member-country and every member-institution much closer and friendly relations for the species conservation through exchange of animals or breeding loan, for further collaborative work to level-up breeding technique, population management, animal welfare and for pursuing the common interests/targets.

Having signed these two new MOUs, which followed May 1990 agreement with Chinese Association of Zoological Gardens, JAZA will make full use of the good relations and cooperative framework with overseas institutions to preserve biodiversity, to improve animal welfare and management and to promote/accelerate community-level Information-Orientation-Communication (IOC) activities. 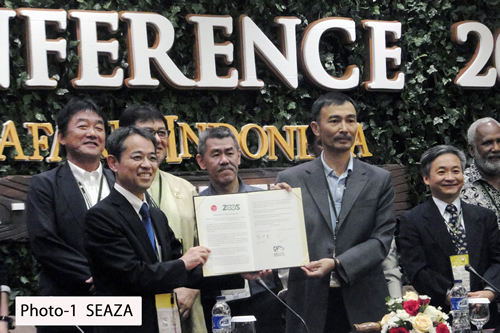 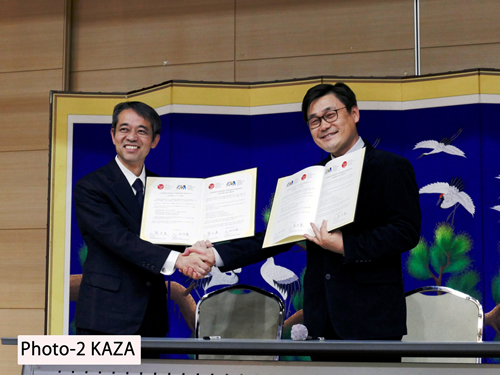