There are various creatures living in zoos and aquariums.
They are moving, eating, resting and rearing their off-springs.
We can see, hear or smell them and their behavior using our senses.
Zoos and aquariums can tell us where and how they live.
To know more about these things helps us to realize how we can live together with other creatures on this planet forever.

Many species of wildlife are decreasing in numbers due to deterioration of natural habitat caused by urban development and war.
It is necessary to know about these creatures to preserve and breed them in captivity.
Zoos and aquariums undertake important roles to save endangered species from extinction by researching and studying them to improve breeding techniques and by reintroducing them into their natural habitats. 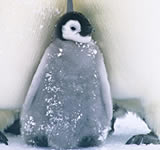 There are various environments and creatures in the world, which we are not able to see in our daily life.
Encountering these creatures right in front of us can lead to many surprises.
Being amazed by the size of animals or impressed by the beauty of their patterns and shapes, we can especially feel pleasure from the interaction with animals.
When the animals look full of vigor, we’ll be inspired to good health.
By visiting zoos and aquariums with our family and friends, we’ll feel and share the magnificence and wonder of life itself. 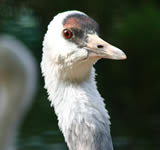